Recognizing the difficulties of distance learning for many students, LAUSD began allowing small groups (prioritizing students with disabilities, those learning English, and those in foster care or experiencing homelessness) to return to campus for in-person instruction back in October. But these small cohorts came to a halt earlier this month, when LAUSD Superintendent Austin Beutner announced that due to skyrocketing COVID-19 infections and hospitalizations, all in-person instruction and childcare programs would be suspended until at least January 10, and that the services students were receiving would be shifted back online.

Days after this announcement, two children’s advocacy groups asked the California Supreme Court to order LAUSD to resume in-person instruction for students with the highest needs, including students with disabilities. 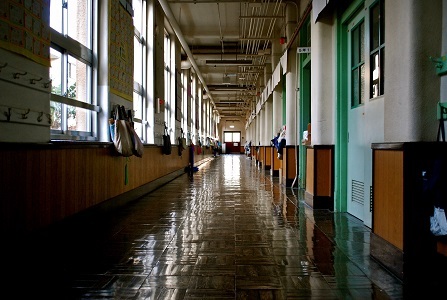 The Alliance for Children’s Rights and the Learning Rights Law Center argue that LAUSD’s latest shutdown violates Senate Bill 98, which was passed in June and includes a rule that public schools should “offer classroom-based instruction whenever possible.” Alex Romain, a partner at Milbank LLP, the firm handling the case, said that this judgment call should be left to public health officials, who have indicated that classroom instruction has been possible. Romain hopes the court will order LAUSD to resume in-person instruction and arrange and pay for services for students with disabilities through private providers, if necessary.

LAist reports that before the latest shutdown, LAUSD had invited less than 1% of its students to participate in the small groups that were allowed to return to campus — about 4,000 students. But with surging cases and 0% capacity in Southern California ICUs, LAUSD officials argue that having students on campus is “no longer safe and appropriate.” Teacher union leaders have also said the health risk to staff, students, and their families is too great.

Research shows that students have suffered greatly from the loss of in-person instruction. The petition filed by the Alliance for Children’s Rights and the Learning Rights Law Center says that “there is no question that severe learning loss has already occurred, is ongoing, and will lead to irreparable harm for these students,” and that “this slow-motion catastrophe — with potentially irreversible and life-long negative consequences for students — can and should be immediately addressed.” Romain noted that the state legislation requires school districts to address learning loss whenever possible through in-person instruction, and LAUSD has failed to do that. “While distance learning is a challenge for everyone . . . for some students, it is simply impossible,” he said.

In addition to the lawsuit, three Democratic Assembly leaders proposed legislation that would require public schools in California to return to in-person instruction in stages by early spring, after they are allowed to by public health officials. Patrick O’Donnell, chair of the Assembly Education Committee and one of the lead authors of the bill, emphasized that safety is still a priority: “If a health order is lifted, schools should be back in session, with accommodations for vulnerable students and teachers.”

We will provide updates on the lawsuit and legislation as we learn of them.